Hooray,  The maple prototype chanter is complete!  This chanter is the one I like best, right now.  Here is a photo: 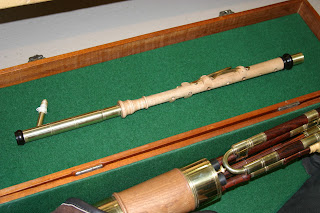 Now, the maple prototype chanter has keys mounted and playing.  It still needs some adjustment to get the

third-octave D in tune, but it's close. Then, it needs the mounts, cap and some polishing... 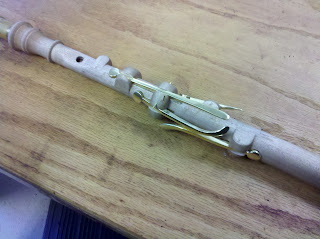 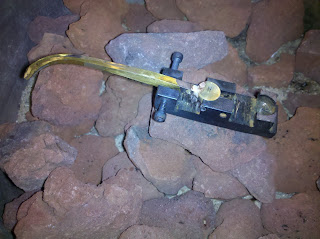 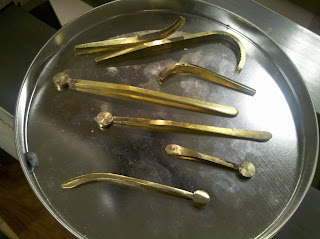 Lately, I have been learning to make keys for my chanters.  For these first few, I have been using a lot of methods and examples learned mostly from the writings and the classes I took from David Quinn and Bill Haneman.   The pictures show various stages of fitting the keys to the chanters... 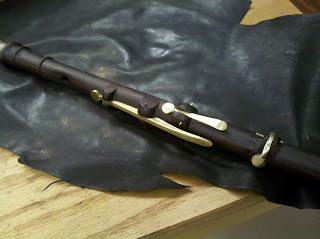 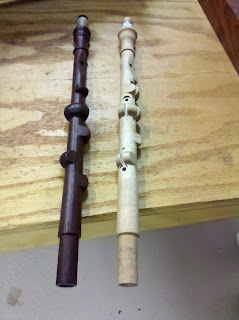 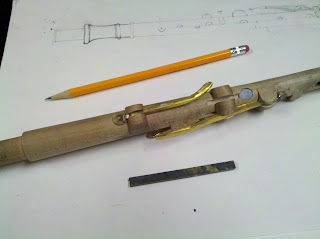 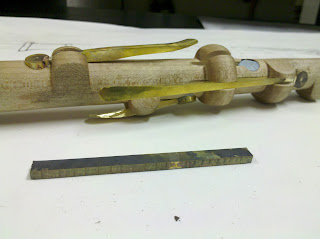 ... with a DRO, brass rods, and Delrin probe tips.

Recently, I set up a digital readout (DRO) to help me measure and profile the bores of my prototype chanters.   This is a very slight modification to the measurement method that was described to me by the master pipe-maker DM Quinn.  He actually was describing the method used by his partner Benedict Koehler to affix Delrin probe tips to brass rods.  The chanter rests upside down in a cradle while being measured. He gently lowers each into the bore, using the weight of the rod to keep the pressure consistent between measurements.  Then, the depth is measured against a ruler.  At first, when measuring, I would lay the brass rod next to a steel rule with .5 mm graduations, after carefully determining the depth. 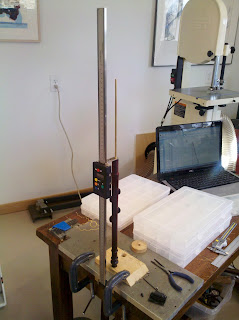 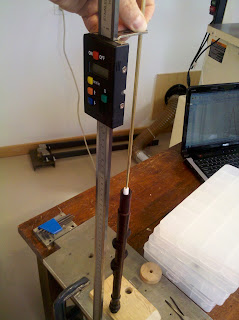 With my new method, the ruler is the DRO. The method goes faster for me, and it also seems to produce more accurate results, for me.  The brass rod is lowered, and rests against the angle bracket affixed to the DRO slider. The DRO is zeroed, and then raised along with the brass rod until the tip of the probe rests on the bell of the chanter. At this point, the numbers on the display should represent a fairly accurate depth that I then punch into the spreadsheet program running on the laptop.  Then I set up the next increment probe, and take more measurements.  I have made probes in increments of .05 mm up to about 6 mm, and then in increments of .1 mm larger than that.  When using all the probes, it makes for a long measurement job, even with the DRO.
Posted by Dirk at 10:04 PM 1 comment: